The Modern Scientific Methods of Describing Psyche and Psychologic Experience 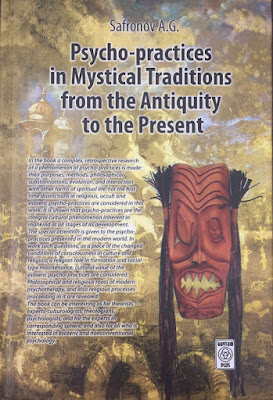 In order to proceed further with interpreting the Yoga Sutra text we need to take a look at different methods of describing the psyche and the object-matter of psycho-practices. I have already analyzed this issue in my monographs thus I shall not draw a new article but shall cite an excerpt from my last monograph
“Psycho-practices in Mystical Traditions from the Antiquity to the Present”.

I insist that the reader who wants to understand the meaning of the next article about psychological interpretation of Gunas reads this text. And so:

The energetic paradigm describes psyche as a system of energetic objects.
In this paradigm intra-psychic processes come to such operations as deprivation of energy, energy relaxation (catharsis, acting out), energy lending, transfer of energy from one contents onto another one (reaction forming), transition of energy from one form into another one (conversion), generation of energy. Though the energetic approach was nominally first formulated by Freud (Freud himself called it the “topography-economic one”), it was used by intuition in many religious philosophic systems. Indeed, practically in all religious systems there exist such notions as “ritual purity”, “spiritual self- cleansing”, etc. that substantiate the psyche and its elements. From historic point such conceptions initially emerged within animatism – the idea of a peculiar impersonal power – the energy (“mana” in terminology of Oceania peoples) that runs through all material world objects animating them and influencing upon them. There are other notions similar to this – the pneuma, the prana, the qui etc. Energetic notions can be described as archetypical.

The spatial paradigm includes several dimensions, some of them being of substantive-psychological character, while others – of the formal-topical one:
1) the psycho-somatic dimension (conversion);
2) the conscious – unconscious (suppression);
3) inter-psychological – intra-psychological (introjection);
4) the activity space (substitute formation);
5) the “direction”;
6) the “broadening – narrowing down”;
7) the “disjunction – bridging”;
8) the “distance”;
9) the “top – bottom”.
The last paradigm is a fundamental one in Christian anthropology, being the main category of “the upper – the lower”, “the divine – the wordly” etc.

Inside the time paradigm one considers operations of time contrasting, placing of the experienced event into long-time perspective, fixation in some particular moment of time. The mechanisms of regression, catharsis, introjection, sublimation are referred to the genetic paradigm. Within the informative-cognitive paradigm one distinguishes between two dimensions – the “assessment” and the “interpretation”, with the first one containing different operations of assessment of both intra- and inter-psychical character, and the second one encircling the operations of perceptive or intellectual interpretation of experienced events and occurrences (rationalization, identification, projection etc.).

By analogy with the above-set paradigms we can single out approaches that are used by different authors for description of anthropologic element of religious psycho-practices and their related experiences.

The empiric approach to description of a religious psycho-practice is based upon direct description of experiences emerging as a result of such practice.

It was W. James who was the first to use the empiric approach, having drawn in his monograph [77] detailed descriptions of experiences that were drawn directly by participants of such experiences, and juxtaposing the immediate contents of such experiences. Notwithstanding its imperfection and subjectivity, the empiric approach is one of the basic ones not only in description of religious, but other types of experiences as well, for example the transpersonal ones that emerge within the LSD-therapy sessions and other transpersonal techniques [62]. But for subjectivity, there are a number of other shortcomings of the empiric approach; for example, it requires direct participation of a person that went through corresponding experiences, and his willingness to share with these experiences, that is not always possible in case of investigation of religious background. Besides, the empiric approach does not enable the description of intrapsychic processes that are connected to the experience or that had invoked it. At the same time such approach makes it possible to by-pass a complicated methodological and ideological issue of religious experience interpretation as a purely psychological one, what deprecates its spiritual content and is not accepted by religious psychology adherents.

The energetic approach was used by Freud in his late works for description of intrapsychic tension decrease during catharsis that he compared to a process of release the “psychic energy” that is “blocked” within the traumatic situation. The question of substantial or metaphoric nature of this energy is solved in different ways by different schools. Freud himself related “energy” to metaphor, but his closest follower W. Reich [201] has formulated the “orgone” theory that was based upon substantial nature of psychic energy – the orgone. The psychotherapy of today is using this approach to its advantage in many directions, mainly of corporeal-oriented character, but the question of the energy “being real” is bashfully avoided. The energetic approach gives a good explanation to the essence of such practices as confession and self-confession, ritual cleansing, cathartic dances, carnival practices etc.

The structural-psychologic approach makes it possible to describe psycho-practice as a process of inner restructuration of the psyche. The best elaborated methodology of psychic reality description is available from psychoanalysis, with concepts of Jung being those most adapted for description of religious phenomena. The psychoanalysis practical therapeutic orientation makes it the only school that disposes of effective description system of intrapsychic changes that result from a psycho-practice. The psychoanalysis itself was established as psychotherapeutic practice which main target was to enlarge individual’s conscious sphere due to its taking over objects of the unconscious sphere by means of their apprehension. With consciousness’ enlargement and amplification, the number of suppressing unconscious elements subsides, while the positions of the consciousness become more solid thus providing its release from the effects of unconscious mind. It is worth mentioning that on the way to this there also comes merger of conscious mind with different unconscious archetypes and sub-personalities, still not at the cost of consciousness imprisonment by these archetypes, but on the contrary - due to the absorbing of there contained energy, emotions, experience and knowledge by the conscious mind. Freud has formulated this basic principle of psychotherapy by the well-known phrase: Where id is, there shall ego be.

This concept was significantly developed by C.G. Jung who introduced the categories of “the Self” and “the Person”. The Self is both the symbol of conscious and unconscious mind reunion and at the same time the transcendence in relation to them. It can be depicted only in part, and partially it remains incomprehensible and indeterminable for a while. At the level of unconscious mind the Self is the archetype that reveals itself in dreams, myths and fables as a “supraordinate personality”. The Person stands for social roles, masks. On the ground of this methodology Jung formulated the target of psycho-practices that is metaphysically contained in the necessity that is proper to psyche – the individuation, the process in which a personality acquires the wholeness and integrity of its existence.

The evolution of structural-psychological approach was rather sufficient. In major part it related to detailed differentiation of intrapsychic objects. The following categories were added: the “defense mechanisms” (A. Freud [321]), “the programs and scenarios of superconscious mind” (E. Berne [21]), “the sub-personalities” (R. Assagioli [13], G. Gurdjieff [205]), “the attitudes” (R. Harris), “the perinatal matrices” (S. Grof [61]) etc. The purposes of psycho-practices – both religious and those established within psychotherapeutic schools – were correspondingly specified. The structural-psychologic approach (though this term was not used) was applied in works of native researchers dedicated to closely related problematic, for example the work of J. Yuzvak [363, pg. 141].

The existential approach is related to description of rituals as a set of actions performed within specific reality connected to individual’s sacral world. It is not possible to describe processes that take place in this world from the point of common logic in an adequate way [359]. Such approach is considerably widespread in anthropology but it can be used to the advantage of religious psycho-practices’ description as well, the more so because from psychologic point a significant part of religious rituals can be considered as psycho-practices.

The “energy” approach proposed by S. Khoruzhij that originates from the mode of spiritual practices’ description that is conventional for the Hesychasm can be treated as a synthesis of the energetic, structure-psychologic and phenomenologic approaches.
According to the energy approach, “the individual changes “his whole-self”…, but the self that is taken and considered not substantially, but from the position of action and energy, as a summation of all physic, psychic, mental actions and impulses that are called “creatures’ energy” by the Orthodoxy. Such summation or configuration of energies makes up individual’s “energy pattern”, its projection onto energy background, the being-acting dimension… The practice…performs transformation of the “self”, the own energy pattern that is treading to some particular type that is acknowledged as the goal and the destination point, the “telos” of Spiritual practice” [309]. One cannot but note the similarity between the “energy” approach and the energetic approach of psychoanalysis. It was also acknowledged by the author of this approach: “In terms of method and principal these are Freud and psychoanalysis that our advanced model is closest to: they develop the energy discourse of a man and deeply analyze the Borderline phenomenon”. Still, staying within an obviously religious context, S. Khoruzhij strictly distinguishes himself from the psychoanalysis: “… but this proximity is radically shattered by contrast of many principal positions. Psychoanalysis is an ideologized discourse, it illuminates only one part of Anthropological Borderline, the topography of Unconscious Mind, and militantly rejects the existence of others – first of all, the meta-anthropological Borderline” [309]. To our opinion the difference between the approaches is more sufficient and lies in fact that the “energy” in the context of “energy approach” is the self-sentiment, the mode of individual’s self-perception – that is expressed by the aforementioned quotation, while the “energy” of the psychoanalytic approach is the basis of different observed processes, including those observed by the individual himself, itself not being the object of observation. In this sense the distance between these approaches appears much more significant than it seems at first sight.

Thus, modern science disposes of significantly manifold store of facilities for description of inner content of psychic experiences that can be applied to the investigation of religious psycho-practices.

[309] Khoruzhij S.S. To Anthropologic Model of the Third Millenium / S.S. Khoruzhij. – [Web resource].
Posted by Andrey Safronov at 12:51 AM