Krakow 3. What Does “Svarūpa” Actually Mean?

The next report that I would like to refer to was made by Keith Edward Cantú from the University of California, Santa Barbara and explored the category of Svarūpa and its understanding in live Yoga Traditions of India, mostly of Bengal. The reader may remember that the term svarūpa (own form) was introduced by Patanjali to denote the genuine state of Drashtar (the Inner Observer) at the moment of attaining the state of yoga (chitta-vritti-nirodha). Patanjali did introduce the term yet left it without comments having just confined himself to asserting the state opposite to the said to be vritti-sarupiam i.e. being of the same form as that of vritti. It is interesting to note that earlier texts almost never refer to this term as well. Nevertheless the issue of svarūpa notional core is highly important due to its significant association with ontological aims of yoga. 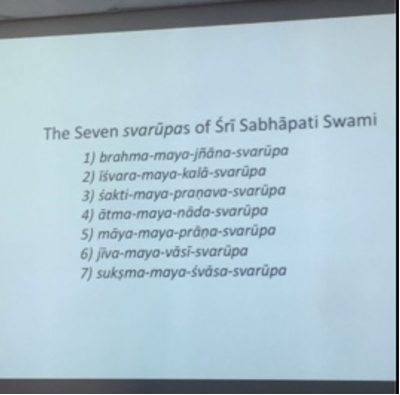 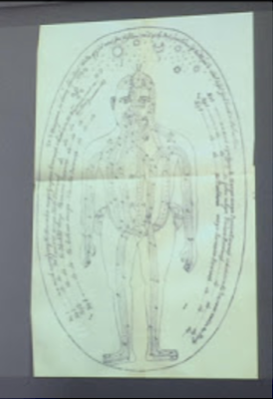 Having analyzed the positions of existing classical schools of Yoga (whereas it is not popular yoga yet little known Schools that the case is) the author has come to the same conclusion as I have in the article http://en.yoga-sutra.org/2015/11/svarupa-genuine-inwardness-or-what.html, that is, that the svarūpa of drashtar stands for emotions experienced by chakras system. The importance of this finding cannot be overrated since in terms of Yoga such view secures a distinct perspective and a method of development by means of chakras system opening, thus hammering the final nail in the coffin of the absurd idea of chitta-vritti-nirodha to be the state of “thoughtlessness” and cessation of mind activity.

On a personal note I’d like to point out an interesting fact that though, as I have already mentioned above, the term svarūpa was not used in early Upanishads, it was already in Bhagavad Gita that one could come across its semantic twins – the term sva-prakriti (one’s own nature) and sva-dharma (one’s own dharma) in the contexts that come in perfect correlation with everything laid above

Even a man of knowledge acts according to his own nature, for everyone follows his nature. What can repression accomplish?

It is far better to discharge one's prescribed duties, even though they may be faulty, than another's duties. Destruction in the course of performing one's own duty is better than engaging in another's duties, for to follow another's path is dangerous.

(the English translation is given after
The Bhagavad Gita In English
The Sacred Song
Translated by Philippe L. De Coster, B.Th., D.D.
– transl.note)

It is not without reason that these two lines almost follow each other in the framework of the third chapter. Bhagavad Gita continuously specifies the practice of yoga to involve following one’s karma (see the article on karma yoga), but these lines also link this activity with person’s inner nature. This goes very much in the spirit of yoga of the Upanishads that declared that at the extreme the inner and the outer were to coincide. Probably these categories were brought together in the term svarūpa while we, the yogis of today, would call it living according to one’s genuine desires and intents.
Posted by Andrey Safronov at 11:52 PM