An aesthetically-linguistic note on Yoga and samadhi

I cannot stop marveling at the way how deeply, almost at the archetypic level those various aspects of ancient Indian views – yoga, philosophy, grammar and medicine – happen to be intertwined. Here is the recent fact that has astonished me.
As I have already written in one of my previous articles http://yoga-sutra-comment-eng.blogspot.com/2015/02/blog-post.html almost all words in Sanskrit (except the borrowed ones) have derived from the so called verbal roots which complete list and classification have been drawn in “Dhatupatha” directory that was compiled more than two thousand years ago.

The specific feature of this book lies in the brief [definition] (consisting of one, two or – very rarely – three words) that every root is attributed with. In fact it does not look like a modern defining dictionary but is rather a short hint–reminder for those in the know. Or a kind of standard. And so I became concerned about the way the author defines the root that the word “yoga” has derived from. Today even those who are not quite initiated into grammar know this root to be yuj (युज्). Having consulted “Dhatupatha” we first of all find that there are two roots of this kind contained there (this, actually, not being a problem since these roots are referred to different grammatical groups yet their meaning is almost the same). And so, in order to define the first root the author has used the word SAMADHAU!!! That is, yuj is Samadhi (the finishing ‘au’ is the case ending). And it is not the mystic state that Samadhi stands here for, but it is used in the meaning of “putting together” (the article on etymology of the word ‘samadhi’ can be found here http://yoga-sutra-comment-eng.blogspot.com/2013/06/samadhi-assemblage-point-and-gestalt.html.

When defined for the second time, the root is determined as SAMYAMANE (that is, samyama) – the word that is known well in yoga and to my blog readers and that we shall come back to when analyzing the second chapter. But of course here “samyama” also means that “tying up, holding together”. Beautiful, isn’t it!! Yoga is both Samadhi and samyama. In all senses and for all purposes!!! 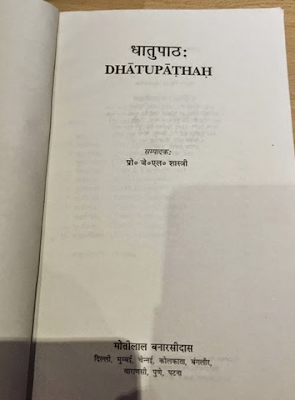 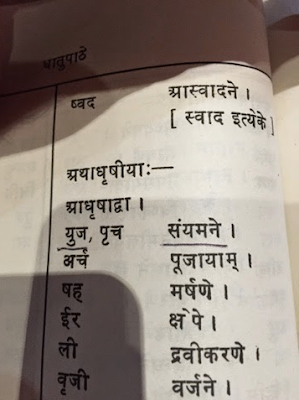 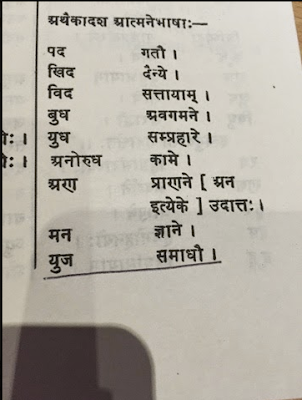 Posted by Andrey Safronov at 8:31 PM