Sutras 1.12 - 1.15. Abhyasa and Vairagya. Is There a Third Way? Some Words about Samskaras and Tantra

The method of keeping control over one’s states (abhyasa) and the method of disengaging with them (vairagya) are the two interrelated and complementary branches on the tree of spiritual practices.

Still I would say that Patanjali misses the third method – the technique of total experience of the states that is described in tantra.

Of course it would not be quite correct to speak about tantra as a unified tradition; nevertheless from practical point there are a number of universals that are appropriate of the systems correlated with tantric ones despite their original religious affiliation, be it the Song of Saraha and techniques practiced by Mahasiddhas or Vijnana Bhairava Tantra.

First of all this is the practice of experiencing the peak emotional states that is described in the text. However, this is the subject of a separate article for discussion that I would probably come back to later on.  It was Osho who has popularized this approach in the European mass consciousness, for he believed there were two ways existing in scope of spiritual practice: the way of yoga and the way of tantra. Of course Osho, as usual, was giving it in some simplified manner; still he was rather precise in [defining] the way of yoga as a combination of self-control and disengagement practices proposed by Patanjali. But Osho used to say there was another way – the way of Zorba – the way of total experiencing the states. Osho, who had been raised up in a religious family, might have been extremely impressed by the image of Zorba the Greek from the same-name movie that he often used to cite in terms of his lectures and that he even treated as some sample of unreligious spirituality. I don’t share Osho’s admiration with this very image but I totally subscribe to the idea that love of life, joy and zest for life come as the indicators of person’s spirituality while the opposite states are the attributes of a man’s neuroticism and non-harmonious set.

What is the core point of such total experience? As a rule, the mass pseudo-esoteric thought makes it all very simple. Want to make away with your affection to chocolate – go and eat the whole big box of it, get your intoxication, and this will be the last time ever you feel eager to eat the chocolate. Just accept this state within yourself. And by means of its ultimate experience you will finally understand that at the end this state is just the same very illusion as the rest of the states are. As they have it in Buddhism, each thing contains in it the deliverance from itself. But notwithstanding the attractiveness of such approach, especially for neophytes, deep inside there still remains the doubt in its spiritual nature; moreover, it is obvious that one cannot cure gluttony by means of over-nutrition and cannot treat alcohol abuse through a drinking bout. It will only result in bulimia or blue devils. Moreover, what does the “normal” person need the total experience for, when he anyway always abides in his emotions, opinions and problems and he has never heard about the feasibility of disengagement from all this? Probably, there is some other underlying reason here.

In order to understand the subject matter of the way of tantra as the total experience we should turn to another category of Indian philosophy and yoga, that is, the category of samskara. Actually, Patanjali does have a few lines dedicated to its description and I intended to go deep into the meaning of this term upon their analysis, however I shall now draw some general explanations that are necessary for understanding the essence of the tantra way. Particularly that it is not difficult to understand this category basing upon the experience of modern post-psychoanalytical psychology[1].

Samskara is the desire suppressed into the unconscious mind that unwittingly affects the person’s behaviour in the way to spirit him on its direct or symbolic implementation. I shall draw some examples. For instance, a person feels some anger in respect of another person but he does not reveal this emotion for believes himself to be of kind nature. The suppressed anger does not vanish – it starts pushing the person to do some actions aimed at hurting indirectly the object of this anger or, in some advanced cases (the transference) other people associated with him. This can be a very offensive joke, or some “incidentally” and “unwillingly” disclosed dirty linen, or even a kettle bell that was “unintentionally” let drop on one’s foot J. The point is that the person who acts under the influence of samskara does not realize that his actions are far from being accidental yet have some inner logic, though perverted one [2]. If a person quenches the impulses generated by samskaras this will result in occurrence of new samskaras – secondary, tertiary ones, etc. Neither the person feels satisfied upon following their impulses since the underlying desire that samskara is grounded upon may differ much from what the person actually does. Rather often samskaras originate from fairly natural desires that take very whimsical forms due to them been repeatedly suppressed and turned around. Samskaras obviously come as a kind of vrittis. Moreover, by following the impulses generated by samskaras the person catches the grudges from other persons that in fact are the samskaras as well. The fundamental character of this category within the practice of yoga has been denoted by Patanjali himself, for he has specified that these are samskaras that come as the source and the mechanism of karma.

But let us come back to tantra. Indeed there are people whose samskaras are simple and “non-twisted” in terms of logic; for them the spiritual practice shall come in form of direct admitting their desires. For instance, let us take the “half-glass” syndrome: one wants some juice, and so he pours himself half of the glass of juice, and then another half of the glass. Why not pour the whole glass from the very beginning and drink it? Because the person does not accept his desires in complete. Juice here is a metaphor. A person wants something, yet he cannot take the liberty of doing it at full scale and does it half-way. As a result, there comes the growing dissatisfaction with one’s life and the feeling that life’s been wasted, and so on. So it’s just upon satisfying some desire at full breath that one shall feel that he has become much more happy.

From therapeutic point of view such practice shall be useful for people who have some chakra’s blocks – the restraining programs or sets. That is, a person is doing something but he cannot “live it up” at full scale. Or he is doing something but feels guilty about it. The desire seems to be realized, yet there is no satisfaction from it. Using the mathematical metaphor we could say that if a person has a, say, 30-percent block, it means that he will profit only 70 percent by the situation experience while the remaining 30 percent shall come as the “profited” pangs of guilt from having done this. And each other time these 30 percent will be under-gained. In order to take the complete advantage of the situation in terms of experience, or according to Patanjali, “to master the object completely”, this experience should be derived in the state of total acceptance of the things one does. The more peak the experienced feeling is, the more saturated one becomes with them. In this regard, for instance, the neurotic sex-dependence should be “treated” not by a lot of sex yet by some vibrant, bright sexual experience with those very partners and in those very variants that the person wants most of all.

However this is the simplest variant of understanding the way of totality that, as I have said, is linked to simplest samskaras. A more complicated one, that is related to Tantra as a well-developed system of psychological practices, is the way based upon realization and total experience of not the superficial impulses of samskaras yet those underlying and, to my mind, natural desires that due to them been suppressed have generated these very samskaras. The non-duality of their experiencing lies in the fact that initially one needs to accept these desires within oneself that alone comes as the task requiring more delicate practices, for, since they have been suppressed, it means that one’s psyche already does contain the samskaras as well as the Karmic factors that have caused them. This is completely impossible without the practice of vairagya – the disengagement from habitual emotional forms – that at first glance seems to be totally opposed to this way. On the other hand, holding oneself within the peak experience is feasible only on the basis of the strong self-control – the abhyasa.

Therefore, the third way does exist, but in some way it comes as an “affiliated” one in relation to the approaches set by Patanjali – the abhyasa and the vairagya. 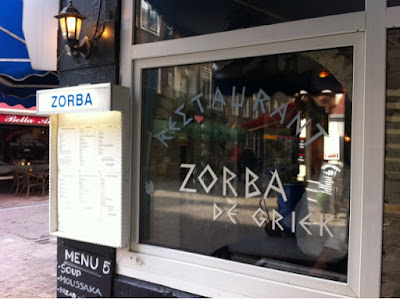 [2] One can refer to works by L. Wittgenstein to read more about logic that is inherent even in the actions of mentally diseased people.
Posted by Andrey Safronov at 8:22 AM